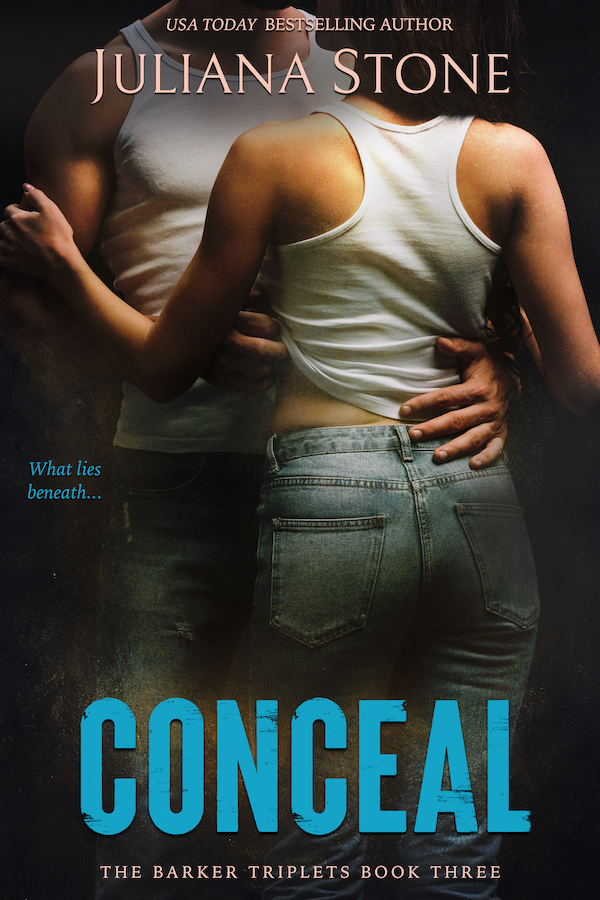 The fact that Beau Simon was supposedly coming to town to pick up his new custom ride had most of New Waterford in a tizzy. Even Marianne Phibbs, who never went anywhere or did anything, had her hair and her nails done.

Her blue-white curls bobbed in the late afternoon sunlight as she made her way out of Fifth Heaven Salon, with every intention of buying a new outfit at Harper’s Boutique. And she didn’t care if there was anything on sale either. Nope. She was willing to part with her hard earned cash.

You know, in case she happened to run into Beau Simon.

Betty Jo Barker watched Marianne waddle down the sidewalk as she slid inside her gramps old Crown Vic. She turned the key and listened to the rust bucket groan to life and reached for the air conditioning knob.

With a sigh Betty pushed her long, damp, hair behind her bare shoulders and watched Marianne Phibbs until those blue-white curls disappeared inside the boutique.

The woman was on the wrong side of eighty and was acting like a teenager. But then, that’s the kind of power Beau Simon had over women.

The whole town was crazy. Why in hell would Beau Simon come all the way out to New Waterford to pick up his bike when he could have it shipped to LA? It didn’t make sense.

A hint of unease slide through her gut and Betty grimaced.

“Nothing makes sense anymore,” she muttered. At least nothing in Betty’s life did.

But then had it ever?

She glanced to the seat beside her, at the meds tucked away in the little white bag she’d just picked up from the pharmacy. Meds for her dad. For a man who was rapidly going downhill.

It wasn’t fair, but maybe after all the crap she’d pulled it was exactly what she deserved. At twenty-five she was stuck in a dead end town, caring for a father whom she loved, but a father who barely recognized her, and when he did? She wasn’t so sure he liked her all that much. The only memories he seemed to focus on were the shitty ones.

And lord knows, Betty was the queen of the shit.

Impatient, she pressed the button on the door and waited for the window to lower. It was mid July and hot as hell, but at least the breeze cooled the sweat on her skin. That was something.

The radio kicked in all of a sudden, blaring an old Doors song, Riders on the Storm, at the same time her cellphone rang out. Betty scooped her cell from inside her purse and glanced at the screen. It was her agent. Again.

She tossed it back without answering, put the car into gear and pulled away from the curb. She’d barely made it into the road when a horn blasted, tires squealed, Gramps car lurched back toward the sidewalk, and the sickening crunch of metal rang in her ears.

For a moment everything went black. The noise from outside receded and she stared ahead, unseeing. Unfeeling. Pretty much the norm for Betty, but considering she’d just been in an accident, what the hell did that say about her?

Marianne Phibbs came running out of the boutique along with several customers. Betty blinked, and when her vision cleared watched them huddle excitedly, whispering and pointing, though not one of them was looking at Betty.

Their attention was behind her and as a tingling sensation spread across her forehead, she decided she better haul her ass out of the car and see whose day she’d managed to ruin, other than her own.

She had to tug on the door a bit before it swung open and Betty unfurled her bare legs, noticing the chipped blue nail polish on her toes. It matched the state of her fingers but she really didn’t care.

As she swung around, the sun hit her in the face and she had to squint in order to focus. Along the sidewalk, a few more curious souls had ventured into the heat, and Jack Mason, a local kid who was watering the potted plants that lined the streets, dropped his can and shoved his cap back on his head, shaking his head slowly.

An expensive looking car rested up against the back end of the Crown Vic, its black hood gleaming in the late afternoon sun. The windows were tinted a dark hue, and Betty gritted her teeth. It was a BMW. Great. The freaking bumper alone would cost a small fortune to repair.

And she’d have to pay for it. There was no way she’d let it go through Gramps insurance. She glanced back at his car. The thing was old and even if he had collision–which she doubted–there would be a deductible.

Could this day get any worse?

The door to the black car swung open and she wiped damp palms along her hips. She wore a strapless, pale blue sundress that was a on the short side–she’d grabbed it this morning because it was handy and more importantly clean–but maybe in this situation it would help things.

She knew she looked good–she wasn’t vain, some things just were–Betty Jo Barker always looked good. Even with only a hint of gloss on her lips, a brush of mascara on her lashes, and hair that she’d barely brushed.

All of the triplets were exceptional and sure they looked the same, but Betty had always had that ‘extra’ something. A photographer once told her it was the expression in her eyes. She was hot and cold all at once and for the camera, it was gold.

Or it had been gold until the demons inside her had taken over and she’d fallen into the cliche of drugs and booze and diva behavior. Her career had ended as abruptly as it had begun.

She thought of her craptastic bank account and grimaced.

She really needed to work this one.

So she stared ahead, smiling through the dull ache that was beginning to spread up her neck and across her forehead. She smiled as if she was standing in front of Francisco, her favorite photographer. She smiled and she worked it.

And then a pair of long, muscular, jean clad legs slid out of the car, followed by a tall, lean, body, with wide shoulders covered by a tight white T-shirt. Longish blond hair touched the tops of those shoulders.

Betty swallowed, but her throat was dry and she was pretty sure she made some kind of pathetic noise. Her eyes slowly traveled up. Up to the darker stubble that dressed a classic chin. Up to a mouth that was spread into a sardonic sort of smile, one that emphasized his wide cheekbones.

Up to the eyes that were hidden behind black sunglasses.

Her heart stopped beating. That had to be the reason she felt faint. Or maybe it was the sun beating down on her.

Or maybe it was because as the man moved toward her, his stride slow and sure, he took off those damn black sunglasses and tucked a chunk of that shining hair behind his ear.

Betty leaned back against her car because her legs were suddenly weak. They felt like spaghetti. Limp, overcooked spaghetti.

Maybe he wouldn’t remember her. Or maybe that night had never happened. Maybe she’d been high or drunk and the images in her mind–the ones she tried to forget about but couldn’t–weren’t real.

Maybe all of this would just go away and Betty Jo Barker could go about her pathetic business as if nothing had just changed.

Except when he stopped a few inches from her, the sinking feeling in her gut told her that she was wrong. Way wrong.

His hand reached for her, the tattoo that adorned his forearm, familiar. Oh, so familiar. The black ink was scorched into her brain.

She shook her head and tried to speak but nothing came out.

She flinched at the sound of his voice. The timber was deep, with a hint of rasp. It made her think of things she didn’t want to think about. It made her feel and that was a problem. A big problem. Betty didn’t do well when feelings were concerned.

She much rather preferred the numb cocoon she nestled inside most of the time.

And then his fingers were pushing her hair from her eyes, and pressing gently against her forehead. Shock at his touch kept her silent and her chest tightened.

“You’re bleeding. We should get you to a doctor.”

Stupidly, she stared at the crimson stain on his fingers, aware that he’d moved closer. Aware that the entire sidewalk behind them was full of people, and that they were staring at her.

Whipping her head back, Betty turned and whispered. “I’m fine.”

For a second, there was nothing.

And then Beau Simon leaned so close that she could smell the mint gum he favored. A heartbeat passed. Maybe two. And then he spoke, his warm breath on her cheek, conjuring up those damn memories again. Those feelings she wanted to keep buried.

“Why are you here?” she asked, pushing at him so that he was forced to move back an inch or so. She couldn’t handle this. Him. Not now.

He smiled. That devastating smile that had won him legions of fans the world over, and it seemed she wasn’t the only one who was working it.

“I suppose some folks would say that I’m here to pick up a bike.”

“I can tell you how to get to Logan’s shop.” She nodded toward his car. “He can fix whatever damage there is at the same time and you can be on your way.”

His even white teeth flashed as he whispered so low, she barely heard him.

That got her attention and she stared into his baby blues hoping like hell the fear inside her wasn’t showing.

“You’re not,” she answered.