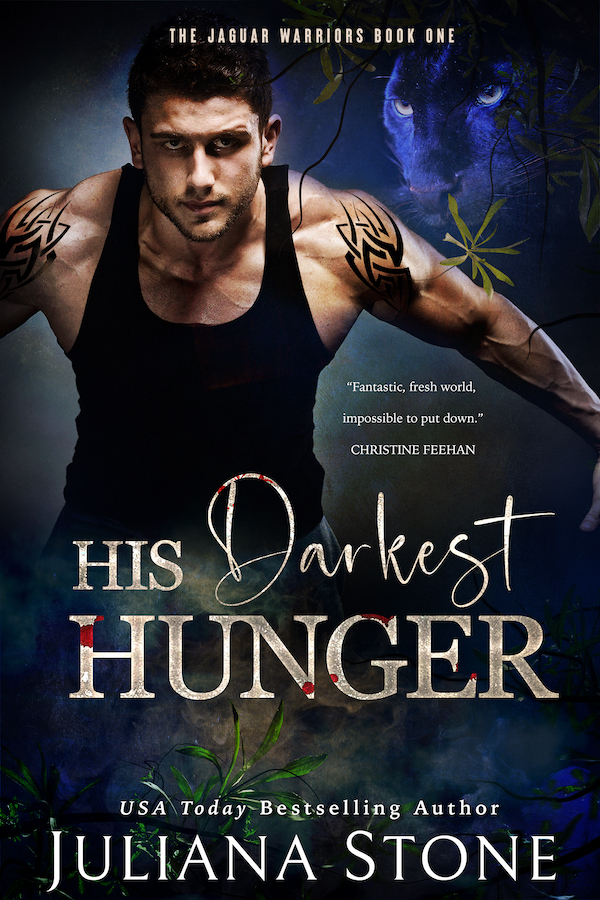 Jaxon Castille: jaguar shifter, warrior, assassin. He has long hungered for the chance to make his former lover, Libby Jamieson, pay for her deadly betrayal. After three long years he’s finally found her. The hunt is over…

But the Libby that he finds is not what he expected. She has no memory of their tumultuous affair; of her treachery; of anything beyond her own name. A shadowy and deadly clan has marked them both for death, and in an instant the game changes: the hunter has become the hunted.

On the run, with the ghosts of their past between them and a dark, desperate hunger quickly reclaiming their bodies and souls, Libby and Jaxon must discover the truth behind the dark forces working against them. Together, they must grab hold of a destiny that has the power to either heal them or destroy them.

But the truth is far more shattering than anyone could imagine…

“Fantastic, fresh world–impossible to put down.”

“Newcomer Stone wastes no time establishing her ability to tell an enthralling story. Passions run dark and deep in this tale. Stone introduces a world that holds plenty of treachery, ensuring lots of danger and heart-stopping adventure. Can’t wait for the next installment.”