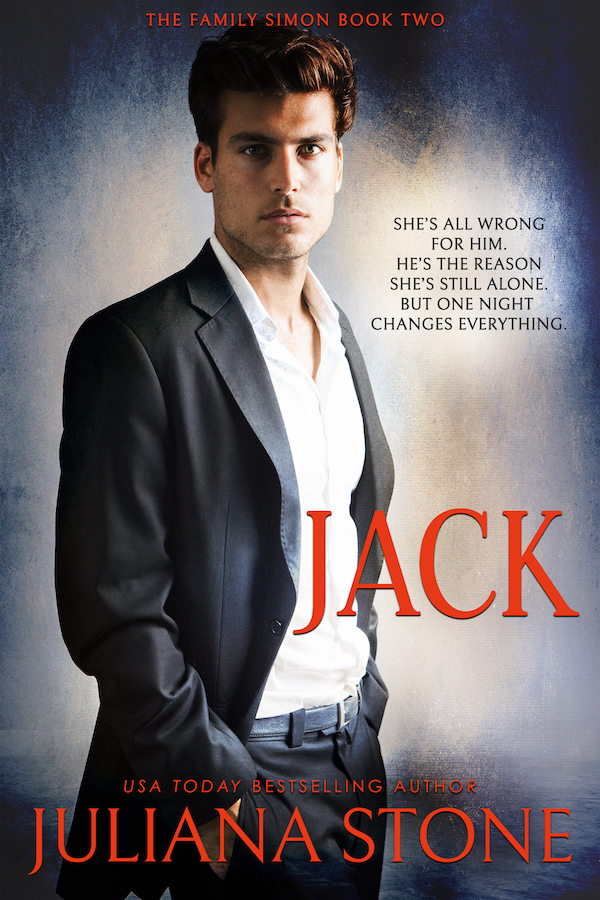 Jack shook off the memories, his T-shirt totally soaked, his hair plastered to his head.Thunder rolled across the sky now accompanied by lightening. Looked like the storm wasn’t letting up anytime soon.

He eyed the door once more. With a sigh, he scooped up his gear and went inside, expecting a flood of angry words thrown his way. Instead, he was greeted by a backside he knew better than his own, barely covered by a lime green bikini.

Donovan was bent over, her foot propped up on a chair, and she hissed in pain as she tried to clean the bottom of her foot.

“What are you staring at?” she muttered, inhaling a big gulp of air as she twisted to the side, angling for a better way to get the job done.

“Well stop staring at my ass, Mister I’m-going-to-be-a-senator. Not real appropriate for someone in your position.”

“What? Senators can’t enjoy looking at a nice piece of ass?”

“Not mine,” she replied.

Jake tossed his bag and moved toward her, slicking wet hair from his eyes. “I’m not a senator until November.”

“You’re pretty sure of yourself.”

“I’m a Simon. Comes with the territory.”

She snorted and muttered, “Yeah.” And then whimpered. “Ouch.”

“Can I help?” He wasn’t expecting a resounding hell yes, but it was pretty obvious the cut was bad, and she was doing a poor job of cleaning it.

“What the hell did I do?” he asked, irritated with her attitude.

“I wouldn’t have cut my foot if you hadn’t shown up.”

“I’d like to know how you came to that conclusion.”

She whipped her head back but never got a chance to ream him out, because her good foot slipped along the floor and the chair she was leaning over began to topple. Jack grabbed her before that round butt of hers landed on the floor, and he righted the chair before that followed her down.

For a few moments her soft curves were flush against his body, and Jack took his time before he set her down, butt on the chair. She covered her breasts even though her top covered what needed to be covered (barely), and Jack’s mouth thinned.

“I’ve seen them darlin’. Trust me, I’m not interested.”Lies. They seemed to be coming easier these days. Christ, he’d make the perfect politician after all. He was off kilter and didn’t like it one bit.

“Give me your damn foot,” he said gruffly.

But Jack was done playing games. Done with the back and forth.

“Give me your damn foot so I can finish cleaning it and get it bandaged. Okay? Enough of the attitude. I’m tired, and I need a beer. But before I can help myself to a nice cold one, I’m going to clean and bandage your foot because if I don’t, it will get infected. And I sure as hell don’t want to play nursemaid for the next three days.”

He thought she was going to argue with him, and on some level maybe he was looking forward to that, but a few seconds ticked by and then she lifted her foot.

“How’s that?” he said, eyebrow raised as he reached for her.

“Like I said earlier. It’s all your fault anyway.”

Jack reached for the antiseptic. “That’s something that hasn’t changed.”

“What’s that exactly?” Her voice was all sugar, and he gritted his teeth, ignoring the hiss of pain when he applied the burning liquid. He glanced up, noting how dark her eyes had gotten.

“You still like to get the last word in.”

“I’d have to agree with you on that point.”

He concentrated on getting her foot cleaned and bandaged but had to wonder about all the other things that were still the same. And maybe a few that had changed. And then his mood darkened, because really, what was the point in wondering about something he would never know?